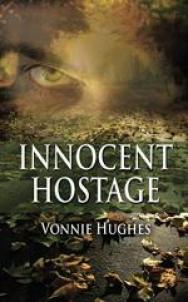 The redemption of an ordinary man:

Two years ago, Breck Marchant handed his son, Kit, over to his ex-wife, Tania, even though it tore him apart. She knows all about kids. Thanks to his own upbringing, he hasn’t a clue. But when the boy is held hostage, Breck steps up to the plate. Somehow he’ll make this father thing work and hold down his dangerous job at the same time even though the odds are against him.

Ingrid Rowland is Kit’s preschool teacher and she has known Tania for years. As far as she can tell, neither Tania nor Breck know the first thing about being parents. She fears for Kit’s future. When Breck turns to Ingrid for help with his son, she sees a different side of him. As Breck and Ingrid work to protect Kit and hold on to their careers, they are submitted to a puzzling series of vicious attacks. Then a startling revelation culminates in a murderous turn nobody sees coming.