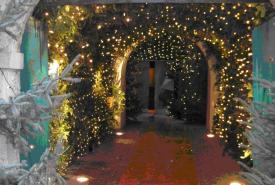 Almost Yuletide. But there’d be no celebration for her this year. Though what he would do with a chemise and corset she had no idea. But it was his way of pointing out that she was dependent on him for the very air she breathed. Not any more. As of now she was Miss Emmaline Barry, third cousin of the Earl of Darroch, on her way to a new life with the Fitzjames family. She was no longer Miss Emmaline Barry, sister of Mr. Thomas Barry of Yelverton. She would fulfil her role as companion to Mr. Fitzjames's mother to the best of her ability.